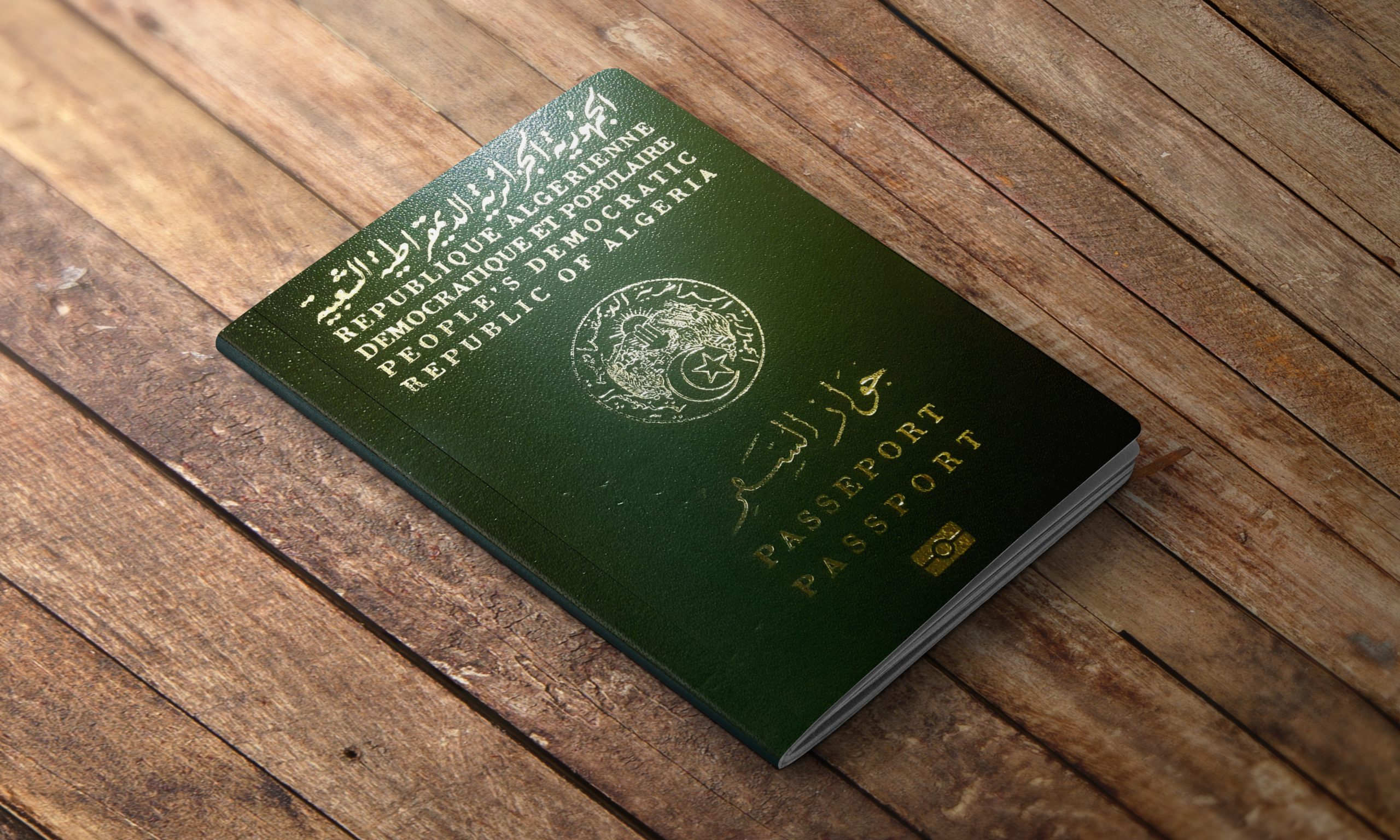 Africa’s largest country, Algeria is located in the northern part of the continent and has an area of almost 2.4 million km2. However, the country’s population is concentrated in the small coastal region because the southern part is covered by the Sahara.

Algeria has a population of 40 million and the country’s capital is Algiers. The official language is Arabic, however, French and Tamazight are also widely spoken. Because of its northern mountains and coastal zones, the country has a typical Mediterranean climate, with rainy winters, and warm, dry summers.

How Strong is the Algerian Passport?

The Algerian passport currently ranks on the 88th place according to the Guide Passport Ranking Index. The passport holders of Algerian nationality have the same travel freedom as the citizens of Jordan.

Algerian passport holders can obtain visa on arrival in the following countries and territories:

Algerian passport holders are required to obtain an eVisa before arriving in the following countries and territories.

There are 149 countries and territories that require Algerian passport holders to obtain a visa through their embassies and consulates prior to arrival. The visa requirement may be waived off at times, provided that Algerian citizens meet alternate requirements such as holding other visas or resident permits.

Although the number of countries and territories which allow visa-free access to Algerians is limited, no country or territory refuses entry to Algeria passport holders.