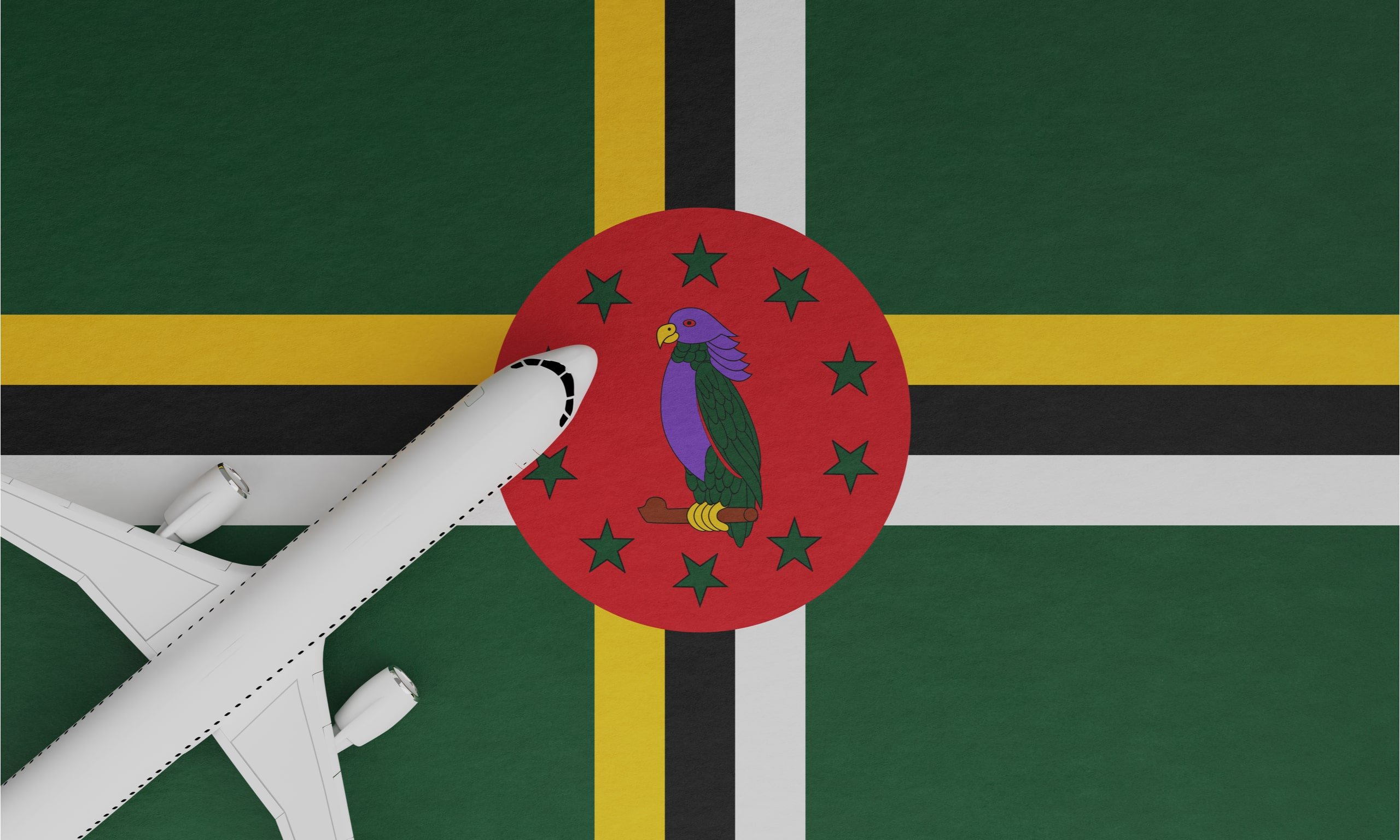 On June 9th, 2021, the government of Dominica announced that it had broken ground on a new airport. Expected to open in 2025, it will ultimately stand as the Caribbean island nation’s first international airport; once completed, it will be able to receive passengers arriving directly from Europe—a huge coup for a nation with ambitions to significantly expand its growing tourism industry. Until construction is finalized, Dominica will continue to welcome arrivals to its two regional airports, which exclusively serve travelers journeying between Dominica and various neighboring Caribbean countries, including Barbados (direct flights also exist between Dominica and Puerto Rico).

With a preliminary budget of 1,000,000,000, the airport reflects the government’s strong commitment to improving the country’s infrastructure—a goal furthered through its ongoing participation in Dominica’s Citizenship by Investment Program. Created in 1993, the Dominica Citizenship by Investment (CBI) scheme invites foreigners to receive citizenship in the country in exchange for financially participating in its national CBI program—either by making a cash infusion or purchasing pre-approved real-estate on the island. In addition to tax benefits, a Dominican passport enables visa-free access to over 140 countries and territories around the world, expanding global access to individuals constrained by their original citizenship.

The funds generated through the Dominica Citizenship by Investment program are then directly invested back into the country’s developing economy via infrastructure projects like housing, roads, hospitals, and schools. By funding development, the Citizenship by Investment program in Dominica renders the country a more attractive destination for tourists looking to vacation on an island that is safe, secure, and economically sound. In addition to drawing tourists through development, Dominica’s Citizenship by Investment Program also funds tourism directly, through its contribution to various tourist facilities. International hotels like the Anichi Resort and Spa-a Marriott hotel, the Jungle Bay Resorts and Spa, and the Cabrits Resort Kempinski are just several of the many projects that are directly financed through the proceeds of the Citizenship by Investment program. Once operational, these hotels provide a critical source of employment to the local Dominican population, which continues to benefit from the jobs provided through increased tourism to the small country. Dominica’s CBI program is therefore responsible for the creation of thousands of jobs on the island, which continues its recovery from the devastation wreaked by Hurricane Maria four years ago.

In earlier remarks about the new project, Prime Minister Roosevelt Skerrit emphasized the role played by Dominica’s CBI program in turning the nation’s “dream” of an international airport into a “reality”—and its ongoing role in the development of the island’s infrastructure in general, “We thank God for the CBI and [for] the many opportunities the program has brought to our country.” Because of the funds earned through Dominica’s CBI program, the government was able to fully compensate the residents on whose 441 acres of land the airport will be constructed. In addition, Dominica’s participation in the CBI program will allow the airport’s creation in the absence of more taxes—fact that has positively inclined the population toward both the construction of the new airport and to the country’s ongoing participation in its CBI scheme.

It is hoped that the new airport will continue to enable the country’s transition from a primarily agriculturally-based economy toward tourism, which Dominica recognizes as an increasingly viable industry. The importance of the airport in the context of the government’s national agenda is reflected in Prime Minister’s expressed commitment to the project, which he previously described as the government’s main priority for 2021.

You Can Read more about Dominica citizenship by investment programe or book a Free Consultation with Our Expert Advisors Today!