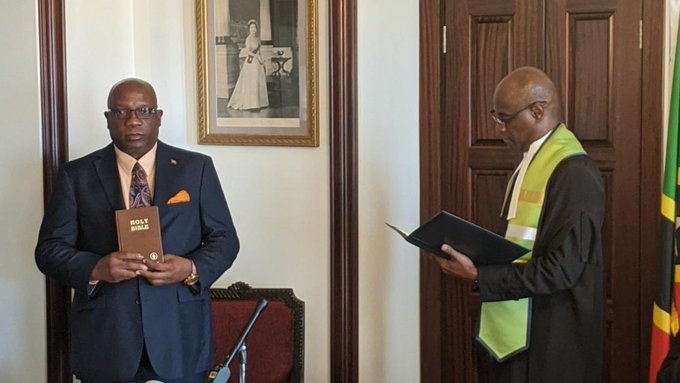 In the first national election since the onset of the global COVID-19 Pandemic, Dr Timothy Harris and his Team Unity coalition has won re-election in St Kitts and Nevis on 5 June 2020.

Dr Harris, the leader of the People’s Labour Party of St Kitts and Nevis, has been governing St Kitts and Nevis since 2015, and has enjoyed the support of the People’s Action Movement and the Concerned Citizen’s Movement to form a coalition known as Team Unity. On Friday, Team Unity won six out of the 11 electoral seats in the National Assembly – one less seat than they had when they went into the election. Party leaders Shawn Richards of the PAM and Mark Brantley of the CCM won their seats, with Denzil Douglas of the St Kitts and Nevis Labour Party retaining his place as the official opposition.

The result of the election has been welcomed in various spheres of St Kitts and Nevis, as Dr Harris is a popular figure among Kittitians and Nevisians. Even more impressive has been the large voter turnout despite the social distancing measures and mandatory face-masks ascribed by the country’s top health officials.

With this result, St Kitts and Nevis’ thriving Citizenship by Investment programme is likely to witness a significant growth as the country continues to enjoy political and economic stability. The program, since launched in 1984, is the first of its kind and the oldest citizenship by investment program in the world. Applicants must make a substantial investment, whether in Real Estate preapproved by the government or as a direct investment in the Sustainability and Growth Fund (Donation), in order to obtain St Kitts and Nevis citizenship and passport. Under Prime Minister Harris, the major role that the CBI plays across all sectors will continue to progress as they have seen in the previous 5 years.